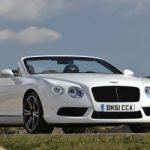 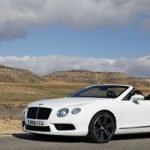 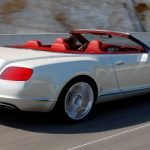 Book now our Bentley GTC by calling us at 1-786-566-3338 or via email reservations@gpluxuryrental.com

SERVICE OFFERED IN THIS VEHICLE

Bentley GTC has been revised with a new look in both the exterior and interior design. The noticeable updates towards that model can be easily seen through generous standard features, more options, as well as the list of detail changes, and updated ESP. At a quick glance, you can see a little bit of the original Coupe GT style. The improvement meant is a more rear deck that allows you to open and close less than 25 sec. Going deeper into its performance, the car is empowered by the 6.0-liter W12 Volkswagen twin turbo engine. The engine allows the release of 552 hp at 6,100 rpm and 479 ft of torque at 1,600 rpm. However, compared to the Coupe model, this GTC has a top speed of 195 mph, which is slightly lower than the Coupe, but equal to the Sedan’s Furthermore, Bentley Continental GTC is a four-wheeled car that carries a 6-speed automatic transmission. The engine is powered by fuel economy, which is estimated to be 10 mpg in the city and 17 mpg on the highway, according to the EPA. In addition, the carbon ceramic braking powers come as an optional addition to complete the fantastic engine, which is claimed to be the world’s largest passenger vehicle.