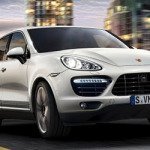 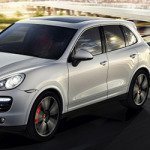 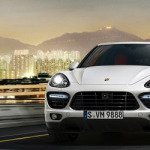 Book now our Porsche Cayenne by calling us at 1-786-566-3338 or via email reservations@gpluxuryrental.com

SERVICE OFFERED IN THIS VEHICLE

The Porsche Cayenne belongs to the luxury sport utility vehicle that carries the V8 engine and that engine is the first model built in Porsche since 1995. This article is going to describe the second generation of the Porsche Cayenne, which was unveiled earlier this year. This next second generation brings some improved features that cover its interior and exterior parts and also its performance. The design of this last Cayenne is less than the previous generation.

Significant improvement Other visible is the LED daytime running lights, the rear window is more tilted, less upright windshield, door-mounted mirrors, a more tilted roof line, smaller window at the rear of the vehicle, extended taillights and redesigned headlight In particular, the vehicle is built by making an excessive use of aluminum and magnesium. As a result, the weight of the car is lighter and the fuel used is more efficient. The best performance will also make the car to give the best off-road drive ride. Consumers are provided with a diesel or hybrid models.

More features included in this new Porsche Cayenne have air conditioning w / dual-zone climate controls, leather-wrapped tilt / telescopic steering wheel w / radio control inside the air filter, cruise control, leather upholstery, 12-way power front seats, heated front seats, out of temperature indicator, power lever, universal garage door opening, and of course, the sunroof. The other notable features will be added to the model Cayenne S and these features are improved through a vast use of technology improvement, such as heated steering wheel, tri-zone climate controls, and a compass, while the Cayenne GTS will carry add-on features that are a rear view camera, keyless access and start, remote engine start and memory system.